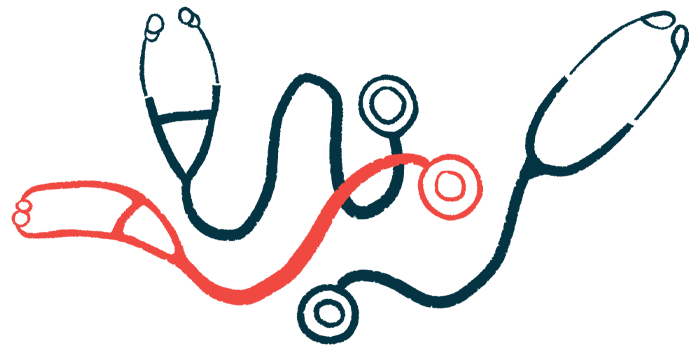 Bladder problems like urinary incontinence, urgency, and nocturia — waking up frequently to urinate — are common in people with myasthenia gravis (MG), particularly those with late-onset disease, a study found.

Late-onset MG or LOMG is defined as disease symptoms that begin after age 50, while symptoms in early onset MG (EOMG) start at earlier ages.

The study, “The Impact of Myasthenia Gravis on Lower Urinary Tract Functions,” was published in the International Journal of Clinical Practice.

In certain neurological disorders, lower urinary tract dysfunction (LUTD) is common and has a considerable impact on quality of life. LUTD can be caused by an overactive bladder, which increases the need and urgency to urinate, and may be accompanied by urinary incontinence or loss of bladder control.

Underactive bladder, another form of LUTD, results in a need to wait for the urine flow to start, a need to strain to urinate, or a feeling of being unable to completely empty the bladder. Although a few case reports have described bladder problems in MG patients, little is known about how MG impacts bladder function.

Researchers in Istanbul, Turkey, evaluated the bladder function of 36 patients being treated at their clinic and 29 healthy controls using questionnaires and non-invasive tools, including uroflowmetry (a test that measures urine flow over time) and ultrasound imaging.

MG patients (18 women and 18 men), as well as gender- and age-matched controls (15 women and 14 men) were asked to complete a three-day urinary voiding diary and respond to two surveys.

Patients were required to delay taking anticholinesterase inhibitors before the start of the study, since these medications are thought to affect bladder function.

Patients were divided into two groups, depending on the age at disease onset and the presence of antibodies targeting the acetylcholine receptor (ACh-Ab), the most common self-reactive antibodies seen in MG.

Urinary symptoms lasted longer in LOMG than in EOMG patients (39 vs. 24 months), and nocturia was statistically more frequent among those with LOMG than EOMG (95% vs. 65%), results showed.

Investigators also found that disease duration and the duration of urinary symptoms were greater in patients who did not have ACh-Ab antibodies.

“We found a longer duration of disease and urinary symptoms in ACh-Ab [negative] patients. One more explanation might be the bladder’s involvement through other antibodies that have not been defined before,” the researchers wrote.

Ultrasound imaging revealed that a greater volume of urine remaining in the bladder of LOMG patients after urination relative to EOMG patients.

“In conclusion, the present study indicates LUT dysfunction in myasthenic patients, particularly in late-onset ones,” the investigators wrote. “Physicians might pay more attention to searching LUTD symptoms as a part of a routine examination of MG patients.”

The team noted that the small number of study participants, all from one medical center, as a study limitation.