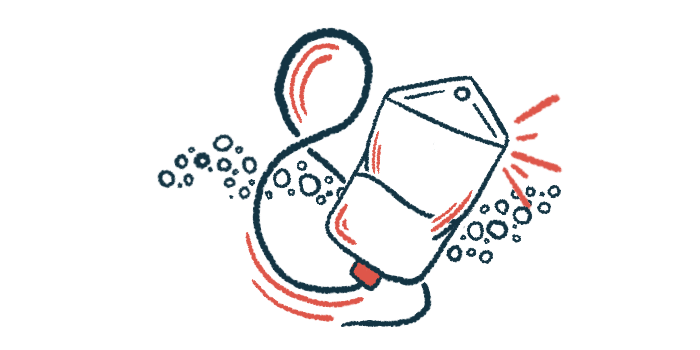 A combination of glucocorticoids and intravenous immunoglobulin (IVIG) is more effective at normalizing immune responses and easing disease symptoms in children with ocular myasthenia gravis (OMG) than glucocorticoids alone, a study showed.

The combination also could allow for a shorter duration and lower dose of glucocorticoids, also known as corticosteroids, which are associated with various side effects.

Findings support glucocorticoids plus IVIG as a safer and more effective treatment approach for this patient population, the researchers noted.

The study, “Clinical Efficacy of Immunoglobulin Combined with Glucocorticoids in the Treatment of Oculomotor Myasthenia Gravis in Children and the Effect on Serum Immunity,” was published in Computational and Mathematical Methods in Medicine.

I’m Learning How to Counteract the Side Effects of Prednisone

Myasthenia gravis (MG), an autoimmune disease, is caused by the production of self-reactive antibodies that target proteins involved in nerve-muscle communication, leading to hallmark MG symptoms of muscle weakness and fatigue.

Eye muscle weakness, which manifests as double vision or eyelid droopiness, is the first MG symptom in about half of all patients and referred to as ocular MG.

Standard MG treatment includes glucocorticoids such as prednisone, due to their potent anti-inflammatory and immunosuppressive effects. However, long-term use often results in substantial side effects.

To reduce treatment time and glucocorticoid dose, ultimately lowering the occurrence of side effects, glucocorticoids are often used in combination with other therapies. This approach also has the potential to improve treatment efficacy, the researchers noted.

Scientists in China evaluated the effects of a combination treatment with glucocorticoids and intravenous immunoglobulin against glucocorticoids alone given to children with OMG between January 2019 and December 2021.

IVIG, also used to treat MG, delivers specific antibodies purified from healthy people to neutralize self-reactive antibodies in the bloodstream and block the abnormal production of these antibodies. It has a fast onset of action, is associated with only minimal and mild side effects, and has no long-term toxic side effects.

The glucocorticoid regimen included three days of methylprednisolone, administered directly into the bloodstream. This was followed by oral prednisone (1 mg/kg) every morning, gradually reduced to a maintenance dose of 5–15 g every other day after its peak efficacy was noted.

IVIG treatment comprised a dose of 0.4 g/kg given directly into the bloodstream.

Girls made up about three-quarters of both treatment groups, and the children weighed an average of 43 kg (about 94.8 lbs).

All but one (98%) child given the combination treatment experienced a lessening in OMG symptoms, clinical data showed. By comparison, only 76% of those given glucocorticoids alone had similar improvements in their condition.

The proportion of children experiencing symptoms such as myasthenic crisis, fever, cough and gastrointestinal problems was significantly lower in the combination therapy group than in the glucocorticoid group.

Before treatment, immune cell numbers and antibody levels were generally comparable between the two groups. After treatment, children given glucocorticoids plus IVIG showed a significantly greater drop in the levels of several types of antibodies relative to those receiving glucocorticoids alone.

The combination was also associated with a significantly greater increase in immune T-cells and natural killer cells. These cells can regulate the activity of other immune cells and have been previously shown to be dysregulated in OMG.

Study findings indicate that “immunoglobulin injection has an important role in improving the immune function” of children with OMG, the researchers wrote.

Combining glucocorticoids with IVIG “was more effective,” the team wrote, adding that it “effectively improved the immune level of patients and reduced adverse reactions, providing some reference value for clinical treatment of oculomotor type myasthenia gravis in children.”