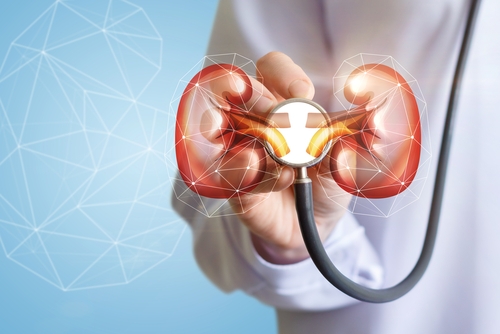 Over a follow-up of 50 months, patients without relapses were found to have higher glomerular filtration rates — a marker of kidney health — and to have had more plasma exchange sessions for managing myasthenic crises, a study shows.

The researchers now are calling on clinicians to initiate timely plasmapheresis and to encourage adequate hydration, especially for patients with prolonged swallowing difficulties. Such difficulties, common in myasthenia gravis, may hinder hydration, which has been shown to be detrimental for kidney function.

The study, “Lower number of plasma exchange sessions and glomerular filtration rate decline are associated with second relapses in patients with myasthenia gravis,” was published in the journal Medicine.

Myasthenia gravis is a chronic, autoimmune, neuromuscular condition caused by the production of autoantibodies. These immune proteins mistakenly block, alter, or destroy the transmission of nerve impulses to the muscles, which causes muscle weakness in different parts of the body.

Symptoms can be controlled and muscle strength can be regained with medication and proper self-care. Some patients can even go into remission — either temporarily or permanently — in which symptoms are markedly lessened or disappear.

However, in some people, the disease may relapse and symptoms may suddenly come back. Estimates say that 15–20% of patients will experience a myasthenic crisis — a worsening of muscle weakness that results in respiratory failure requiring intubation and mechanical ventilation — at least once in their lives.

Among the reported risk factors for a myasthenia relapse are older age of MG onset, high concentrations of anti-acetylcholine receptor antibodies (AChR), thymoma — a tumor in the thymus gland — prolonged time from disease onset to diagnosis, and the presence of other autoimmune diseases.

The risk of secondary generalization — the spread of the disease to several muscles in the body — can be reduced by early treatment with corticosteroids such as prednisone, immune suppressant medications such as azathioprine, and thymus gland removal, called a thymectomy.

In those with dysphagia, prolonged troubles with swallowing may result in dehydration that reduces the kidneys’ glomerular filtration rate (GFR). The GFR is a measure of how well the kidneys are working, determined by estimating how much blood passes through the glomeruli (tiny structures in the kidney that filter waste from the blood) in one minute.

Physician-researchers at the University Hospital Centre Zagreb, in Croatia, now sought to determine if dysphagia and glomerular filtration rates are predictors of myasthenia relapse. They also wanted to analyze whether more frequent plasma exchanges could prolong the time between relapses.

Plasmapheresis directly removes AChR antibodies or other autoantibodies from the blood. It usually consists of four to five plasma exchanges until the patient sees satisfactory clinical improvement. Typically, it is not regarded as a long-term treatment since it removes the autoantibodies only temporarily. These immune proteins can increase again after the procedure.

For the study, the researchers analyzed data from 60 adults, ages 20-83, who experienced a first worsening of the disease and had been hospitalized due to a myasthenic crisis. These patients were followed-up for 50 months. Among the patients, 40 (66.6.%) had the generalized form of MG, and 21 (35%) had difficulties swallowing.

An analysis showed that those without a relapse had received more plasma exchange sessions compared with patients who had a relapse. The mean number of sessions was 4.3 for the group with no relapses, versus 3.9 among those who did relapse.

The patients who did not have relapses were less frequently positive for autoantibodies — 68.7% versus 96.4% — and fewer of them had symptoms of swallowing dysfunction — 15.6% versus 57.1%.

In addition, those without relapses had signs of better kidney health. The researchers noted that these individuals’ glomerular filtration rates were higher and they had lower serum creatinine values (a marker of kidney function) when compared with the individuals who did relapse.

Although there was no difference in symptom duration between relapsing and non-relapsing patients, those without relapses had the first symptoms of MG more recently.

Mean time between relapses was significantly longer in patients with a higher glomerular filtration rate (above 60 mL/min) than among those with lower — a mean of 41.6 months vs. 32.0 months.

The individuals who did not have dysphagia also spent more time without relapses than those with dysphagia — 41.9 vs. 29.5 months. Their number of relapses was significantly lower than that of patients with dysphagia symptoms.

“This is the first study, to the best of our knowledge, which reported GFR as a risk factor for second myasthenia relapse where patients without relapses had significantly higher GFR levels,” the researchers said.

“Timely initiation of plasmapheresis therapy and adequate hydration of patients with prolonged dysphagia should be one of the treatment goals for clinicians treating this disease,” the team concluded.

In light of these findings, future research should focus on the potential role of kidneys in the elimination of antibodies or related compounds in people with MG, the team added.